The first of the expedition videos is by team member Roman Regia (Роман Грецкий) about our Last Degree Expedition to the geographical North Pole.

The expedition team reached the North Pole on April 11, 2012 after sledging for six days over the sea ice. Besides Roman, the members of the team were Sasha (Russia), Sibusisu Vilane (South Africa) and Tom Dougherty (USA). Miroslav Jakeš (Czech Republic) was the team’s guide.

In this video, Sibusiso Vilane and Tom Dougherty are interviewed by a Russian scientist at Barneo Ice Station after completing the Ski the Last Degree Expedition to the North Pole. 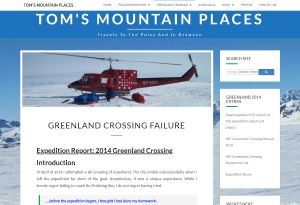